“Like your shirt,” Andrew said to the gentleman who had entered the restaurant after we had been seated. It was Sunday after a great morning worship service. We were down in San Diego with Andrew and his clan. 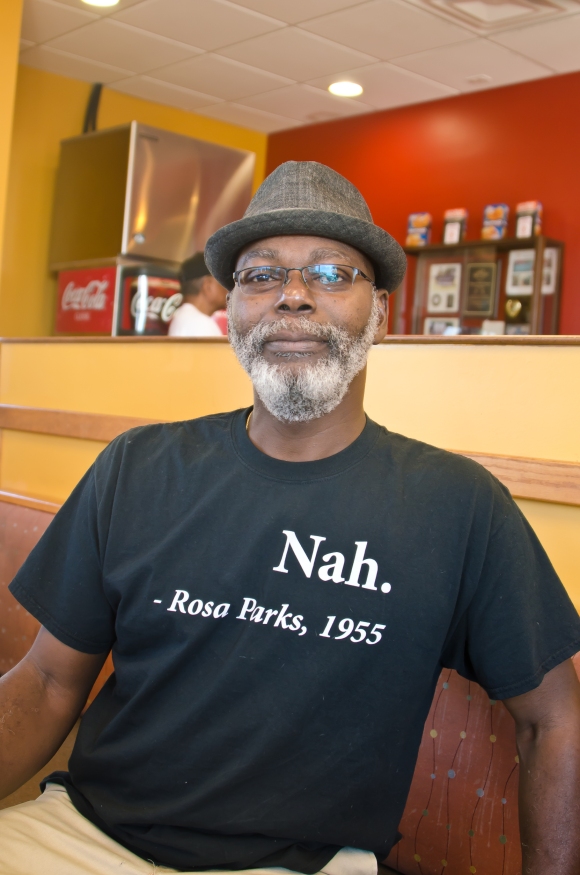 We all liked it; at least the adults did, and for the youngsters who 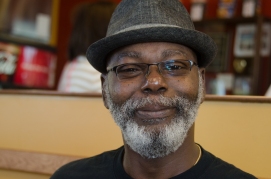 didn’t know the story it was a perfect teaching moment.

“We have the advantage of history, know how the story ended, but Rosa did not that day.” I added to the conversation as the gentleman sat down near us.

A friendly gentleman,after we had discussed the Rosa Parks story for a bit, our conversation turned to church things, and he told us where he had attended that morning, and we related that we had been to a chur 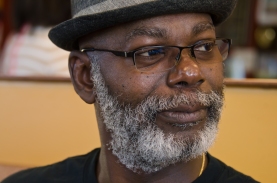 ch just across the way. Andrew rose from his seat to point through the window where the church was visible. We invited him to visit, told him he would like it, and I wouldn’t be surprised if he visits The Anchor one day.

After he left us, we continued to discuss the Rosa Parks story, and someone said: “Make a good sermon.”

And so it would . . . or just a simple little piece of writing.

One day Rosa Parks had endured enough, and when that bus driver told her to get up and give her seat to a white person, she refused. Yes, she refused. She was arrested. Still she did not retract her stance.

There comes a time for each of us to speak directly to satan.

Nah, don’t think so. Not today.

He has bound us long enough, lied to us, refused to let us have the freedom that should be ours. He is despicable. Evil. No good thing comes from him. He is a foul, grubbing master who lies, deceives, defrauds and tricks. The very air about him is putrid. His breath is rancid, his intent of hell itself.

Resist. My research tells me the word resist here is from the Greek word anthistemi, which means to “take a complete stand against”or a “contrary position”and “refusing to be moved.”

I’m determined to take a contrary position to satan, to look him square in the eye when he approaches me and adamantly refuse to follow him. James, though, emphasizes that the only effective way to do this is to submit myself to God. I must learn of Him, understand His ways, and walk carefully and diligently with Him.

Madly, our world careens out of control. The scent of destruction fills our nostrils as the sound of battle plugs our ears. The sight of chaos shadows our eyes as surely as does a blind drawn against a cold midnight. We are in desperate need of God. Help us to have the courage and the spiritual insight to resist satan as he leers our way. Help us to say No. 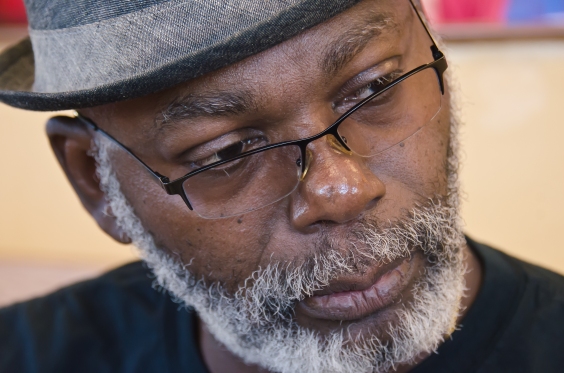 And to you, the very nice man in San Diego who wore the Rosa Parks shirt, whom I may never see again, thank you. Thank you for the reminder.

Like Loading...
Of inestimable value to me, both as a source of pure enjoyment and as a considerable fount of spiritual and practical enlightenment, has been my lifelong close association with ministers of the Gospel. With preachers. With gifted preachers. With preachers so moved by the Holy Ghost that a snippet of scripture, once only cold, dry markings, illuminates into such revelation that in the strike of a gleaming moment Truth is unveiled. Imagery. Imagery of such clarity as are raven words on glinting screen, and more so, for somehow the story is told, and its back-story is understood, the precept, the principle.
–
Now while I admit to these certain advantages, I’m quite convinced it does not require living around preachers to understand and appreciate imagery and its power. Thus, I was shocked to hear the recent words of President Obama when on Monday he delivered the following at the Rhode Island Convention Center in Providence, R.I. According to the Associated Press he said,
–

“…Now that progress has been made, we can’t have special interests sitting shotgun. We gotta have middle class families up in front. We don’t mind the Republicans joining us. They can come for the ride, but they gotta sit in back.”

–
It is shocking that President Obama, our first African-American president, would make such an obvious reference to that

dismal period of our history when black people were required to sit in the back of the bus. It is shameful. It is regrettable. It is a slap in the face of Rosa Parks, who that December day in 1955 changed the course of American history. When told to move to the back of the bus, she said in essence, “Not today.”
–
We need leaders of other ilk than that recently demonstrated. We need leaders who will rise above pettiness and smallness. We need leaders in every branch of government and in every party who will forever cast aside the garments of racism and all its disgracefulness and malignant thought. We NEED LEADERS. We need eagles.
–

Eagles have always been representative of high calibre leaders. They don’t flock like geese but rather fly solo. While this may rob them of the ability to draft from each other, it provides them with some crucial advantages that are essential for vision development, maintenance, and casting. Here are two:

One, an eagle and a turkey react very differently to the threat of a storm. A turkey runs under the barn, hoping the storm won’t come near. The eagle, on the other hand, leaves the security of its nest and spreads its wings to ride the air currents of the approaching storm, knowing they will carry it higher than it could soar on its own.

Two, when an eagle is attacked by a pack of crows it doesn’t fight back. All it does is simply fly higher and higher, knowing that pretty soon the crows won’t be able to fly any higher. The eagle plays smart rather than lose its sensibility in the mindless games of small-thinking crows.

Of imagery. Of eagles and crows. Of buses and cars. The back. Of Rosa Parks, resolute and unflinching. Of courageous and soaring leadership.

I love this land. I’m loyal to my country, I’m proud to be an American and I’m interested in its politics and its progressions. It angers me when I hear of its being demeaned and ridiculed. The United States of America is the greatest country on the face of the earth. My heart quickens at the sight of our beautiful flag aflutter against a pristine sky. I stand splendidly erect as I pledge allegiance to its red, white and blue, and, proudly, I belt out the words to The Star Spangled Banner. With passion and sincerity I sing the beautiful song, God Bless America.

But there is a part of our history of which I am deeply ashamed. The decades of absolutely inhumane treatment of our black people is an embarrassment. The ink that marks such story is a blight–a stain– on the history pages of the United States of America. It astonishes me to recall that it is our very recent history that speaks of such despicable acts as being common and acceptable among us–yeah, even the norm. It astounds me to recall that it was only in the year of 1955, the year I graduated from high school, that Rosa Parks was arrested in Montgomery, Alabama. Her crime? She would not move. She refused to rise from her seat and walk to the back of a city bus. It is nothing short of outrageous that she was expected to perform such a humiliating act. I regret that such a story accurately depicts a segment of my country’s history.

On December 1, 1955, during a typical evening rush hour in Montgomery, Alabama, a 42 year-old woman took a seat near the front of the bus on her way home from the Montgomery Fair department store where she worked as a seamstress. Before she reached her destination, she quietly set off a social revolution when the bus driver instructed her to move, and she refused. The bus driver called the police and they arrested Rosa Parks, an African American woman of unchallenged character. The African-American community of Montgomery organized a boycott of the buses in protest of the discriminating treatment they had endured for years. The boycott, under the leadership of 26-year-old minister Martin Luther King, Jr., was a peaceful, coordinated protest that lasted 381 days and captured world attention. Mrs. Parks, who passed away on October 24, was called the “Mother of the Civil Rights Movement.” She was not the first person to be prosecuted for violating the segregation laws on the city buses, but it was her quiet act of defiance that touched a nerve in the black community of Montgomery, Alabama, and set in motion a historic act of resistance.

On this day as we celebrate the birthday of Martin Luther King,

and as I duly honor him, I wish also to commemorate the brave actions of Rosa Parks. What a courageous, splendid model of humanity she was. With what distinction she served us–the peoples of the United States of America. Her heroism is noted on the City of Montgomery Warrant #14254.

Images of documents and other material courtesy of the National Archives.