Earlier today when I read this story, I was reminded of some of my childhood experiences with the public library. I related this one in my book Road Tales.

We were avid readers, although we kids had few books of our own. Every week or so, we went to the main library, the one over on Central St. near the middle of town. I recall the library as having wide marble steps leading to the entrance, with stone lions on either side positioned in a reclining mode, their paws stretched out in front of them. The library building has changed quite a bit, and I have been away from Springfield for many years. Recently, I mentioned those library lions to someone who also was familiar with the library building, and she said the library never had any lions. I definitely remember it as having lions. But she persisted and thought maybe I was thinking of a house on 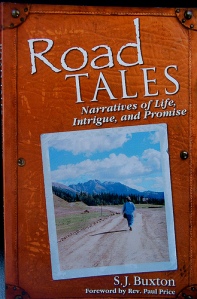 Benton St. that was close by and that did have stone lions out front. I don’t know. Some day I’m going to check it out. Anyway, we went to the library, lioned or not, and loaded our arms with books. We also paid fines, for somehow we neglected to return the books when they were due. Once, I lost a book and was scared of the library for a while, that is, until I got the money together to pay for the mysteriously vanished tome. I don’t know if I thought the librarian would send a policeman to my door or that someone would snatch me off the bus one Saturday in order to extract the price of that book. What a relief when I had paid the debt and again could stride up the central steps and check out more books.

RICHMOND, Va. —  Washington and Lee University has a missing library book back on its shelves — nearly 145 years after it was stolen by a Union soldier during the Civil War.

was returned recently by a friend of one of the soldier’s descendants to the Lexington school’s Leyburn Library.

Mistakenly thinking he was at adjoining Virginia Military Institute, soldier C.S. Gates pilfered the book on June 11, 1864, from the library of what was then Washington College, university officials said this week. The theft took place when Army of West Virginia Gen. David Hunter’s troops raided the area and looted the college’s buildings. No other details about Gates were available from the university.

A note Gates inscribed in the book reads: “This book was taken from the Military Institute at Lexington Virginia in June 1864 when General Hunter was on his Lynchburg raid. The Institution was burned by the order of Gen. Hunter. The remains of Gen. Stonewall Jackson rest in the cemetery at this place.”

Okay, now, any of you who have overdue books…or heaven forbid stolen ones…or borrowed for many years now…march right over to the library, or knock on your friend’s door, and clear your soul of that heavy burden. 🙂