How is it that sugary goo tangled arm-in-arm with sunshiny-yellow butter morphs into a creation that snaps our tastebuds into smiling salute, but at the same moment prompts our doctors to caution, “Watch it now, Easy does it.”? Ah, life. Incredibly wonderful, yet patently unfair as regards the consumption of such things that at their origin told of golden-grain fields, herds of glossy girl cows, cackling hens, and not to forget the standing forest of trees whose bark yields the aromatic twirled spice that is basic to a notable cinnamon roll. For some time now I have observed the practice of foregoing the creation of these and similarly cautionary delectables until Jerry and I have company . . .or some analogous festive occasion that might beg for such formation. Through the years I have tweaked recipes until I have settled on a basic yeast roll, and in so doing, have wondered if said dough could serve as foundation for a master cinnamon roll. The problem lay in the fact that while reserving such for guests, I also have an aversion to test-driving on company. (What’s a girl to do?) So, a couple of days before Independence Day I announced to a few persons of interest that on that day–this special holiday–I would conduct a cinnamon roll test-run. Perfect! 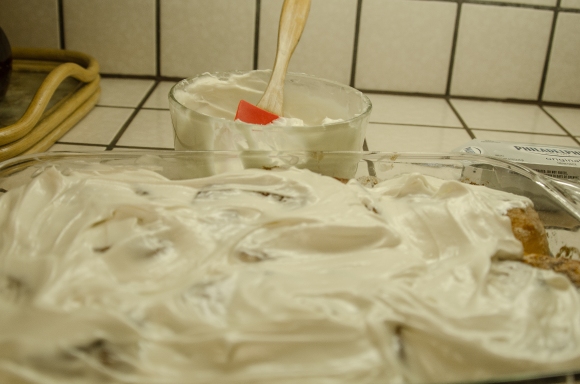 About mid-morning Rebecca called saying her earlier plans had dissolved, and she’d be up for a visit. I smiled, told her of the cinnamon roll experiment, and what time we would be eating.

I had told Jerry we would have one for breakfast, but although I was up at 5:30 to get them started, things happened, and we wound up eating a regular breakfast, holding the thought that the rolls would be great for a coffee break. Or dessert for our big meal if worse came to worse. 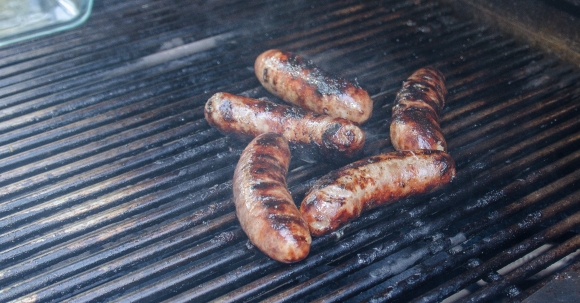 We would eat at 3:00. Jerry grilled brats. I fried potatoes, made a salad, and Rebecca put together a green bean casserole, using Mozzarella I had in the fridge instead of the Swiss she needed. Saved a market run.

We dined on the back deck, and well before we had cleared the table after eating the tasty food, I announced there would be no interval between dinner and dessert. Too eager. We made coffee, I plated the huge rolls, and carried them out. They were soft and gooey. . . And! perfect. 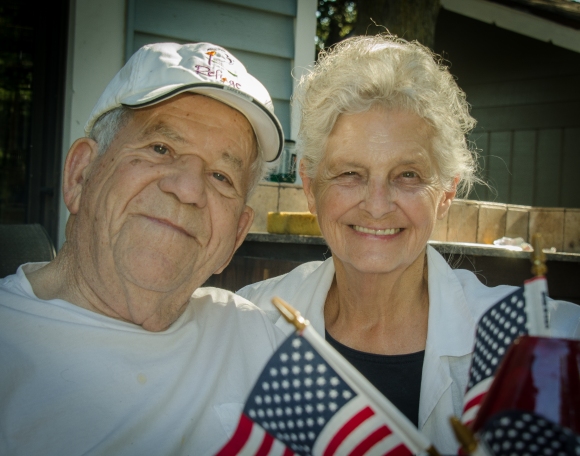 Rebecca decided against taking any home with her. I wrapped two, placed them in the freezer, and placed one on a dish, covered it with a glass dome and placed it inside the oven.  Should stay fresh like that and Jerry would have it the next day for a snack, I was sure.

I believe it was around  8:00  in the evening when I detected movement in the kitchen, and as I watched a gentleman moved from said area, a well-filled plate in his hand. Jerry grinned.

“Where did you get that cinnamon roll?” I asked.

Well, here we are on July 5th, and this nice cinnamon roll  I saved for Jerry is still available. I suspect in a couple of hours, though, that it will not remain in such fine form; rather it will have become a sweet, gooey memory, and its origin of flora and fauna will be a forgotten speck of the ages.